Their dazzling sense of self-entitlement guides these two women to tackle the existential questions in life: God, sex, truth and the upsides of PMS.
…don’t be afraid to get wet.

LILIANA VELASQUEZ
has crossed borders all her life. Raised in Miami, Medellin and New Jersey there is no role she cannot play and her comedy reflects this extravagant mix in her Latina-tude, Catholic guilt and American dreaming. As an adult, Liliana recklessly explored NYC, slipping in and out of different art forms, costumes, and jobs. She has so many outrageous stories to tell, it would horrify her proud parents. Only now do they admire her comedic outlook on so many mistakes. Always hungry for new challenges, Liliana found another platform for the performance that is her life: Berlin Neukölln. She is proud to be queer and not perfect and enjoys getting up in the afternoons to wake and bake like a good woman.

FREDDI GRALLE:
grew up in a deeply religious household, first in Sierra Leone, West Africa, later in the provincial wastelands of Lower-Saxony, Germany. For many years, the only stages she knew were those in churches. Moving to Berlin to go to film school broadened her horizon and soon she couldn’t help but share the absurdities of religion clashing with the hedonistic life around her. To her big surprise, being an evangelical Christian perfectly prepared her for becoming a judgmental comic. Freddi’s voice is life-affirming but sarcastic with a strong preference for the auto-biographic. 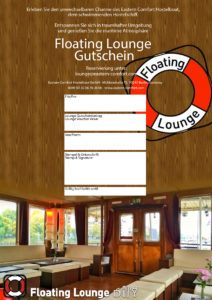